Videos related to some of the papers

Unmanned Aerial Systems (UAS) are increasingly more capable and used in several challenging operational environments, also for commercial and industrial applications. Still, most systems have strong limitations in their capability to operating in coastal, maritime and arctic environments that are characterized by rather extreme requirements for range and endurance, strong and turbulent winds, high humidity, low temperature, rain, snow, icing, requirements to operate from ships, and very limited infrastructure for radio communication, navigation, takeoff and landing. The presentation will give an overview of current research and Beyond-Line-of-Sight (BLOS) field tests at NTNU’s UAV-lab, emphasizing ship-based recovery, icing mitigation, aerodynamic performance monitoring, and robust high-performance radio communication and navigation.

Tor Arne Johansen received the MSc degree in 1989 and the PhD degree in 1994, both in electrical and computer engineering, from the Norwegian University of Science and Technology, Trondheim, Norway. From 1995 to 1997, he worked at SINTEF as a researcher before he was appointed Associated Professor at the Norwegian University of Science and Technology in Trondheim in 1997 and Professor in 2001. He has published several hundred articles in the areas of control, estimation and optimization with applications in the marine, automotive, biomedical and process industries. In 2002 Johansen co-founded the company Marine Cybernetics AS where he was Vice President until 2008. Prof. Johansen received the 2006 Arch T. Colwell Merit Award of the SAE, and is currently a principal researcher within the Center of Excellence on Autonomous Marine Operations and Systems (AMOS) and director of the Unmanned Aerial Vehicle Laboratory at NTNU. 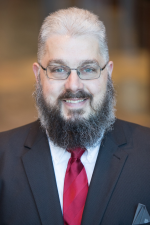 IEEE is the world’s largest global technical society, with nearly half a million members who influence industry, academia, and government. UAS technology and applications are advancing at such a rapid rate, that operator regulations and public education are struggling to keep up. IEEE has stepped in to support technology advancement, commercial application development, regulatory guidelines, and public awareness. This session will outline IEEE’s growing role in the UAS community and the potential for IEEE members to lead the evolution of UAS technology, regulations, and applications. Current programs and initiatives will be described. Opportunities to influence the UAS industry and impact the public will be shared. Participants will come away inspired to engage with the UAS community through IEEE leadership.

Vince Socci is a real-time test business development manager at National Instruments. He provides business and technical support for customers in vehicle platform hardware-in-the-loop applications. With over 25 years of experience in aerospace, automotive, power electronics, and medical systems, he has engineering systems in the most complex applications. His specialized areas of interest are embedded controls, real-time test, and systems engineering. He holds a BS in electrical engineering, MS in electrical engineering and MBA in technology management. Socci has served on the IEEE Board of Directors, and governing boards of several IEEE societies, SAE, and PMI. He is a certified PMP.

Skeldar V-200 under the hood 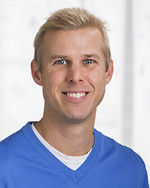 Skeldar V-200 is a rotary-wing unmanned aerial system developed by UMS Skeldar, a joint venture between Saab and the UMS Group. In this talk we take a look under the hood of the V-200 regarding hardware and software architectures as well as algorithms and tools used for control design, signal processing, modelling and simulation. Also, challenges and opportunities of this type of unmanned vehicle are discussed.

In 2003, Ola Härkegård received his PhD in automatic control from Linköping University. In 2005, he joined Flight Control Division at Saab where he worked with the development of flight control systems for aircraft such as Gripen, Skeldar and the Saab/Boeing T-X jet trainer. In 2012 he was appointed Technical Fellow in Flight Control Design at Saab. Since 2016 he is working at UMS Skeldar, a joint venture between Saab and Switzerland based UMS Group. 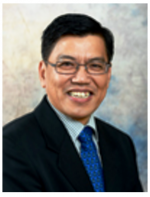 Civilian and commercial demands for various applications using unmanned aircraft (also known as drones) have greatly increased in the recent years. A fleet of drones flying and operating different tasks over the same airspace is possible in the near future. Therefore, a framework for unmanned aircraft systems traffic management (UTM) focusing the safe and efficient operations of drones is the main focus of the present talk. Issues, possible approaches, safety and weight threshold study, current and future R&D works for uTM-UAS (urban traffic management on UAS) will be presented and discussed in the presentation.

K. H. Low (Kin Huat Low) received MSc and PhD degrees, both in Mechanical Engineering, from the University of Waterloo in Canada. After the PhD degree, he worked at the same university as a postdoctoral fellow. He has then joined Nanyang Technological University (NTU) in Singapore since 1988. He is currently a professor in the School of Mechanical and Aerospace Engineering, NTU. Kin Huat has published about 300 articles in the areas of robotics, dynamics and control of UAVs, machine and mechanism designs, vibration and impact analyses. He is leading several major multi-disciplinary research programs. He has collaborated with professors in several renowned universities through research visits and research projects. Kin Huat serves as associate editorship for several journals. He has also chaired numerous committees and workshops. 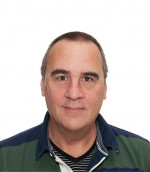 After several decades of research development, we are now experiencing widespread use of unmanned aircraft in both the civil and commercial sectors. Much of the focus of previous research has been on conventional autonomy which targets autonomous flight, navigation and sensor capabilities. New application areas, such as package delivery and emergency rescue response are making it increasingly clear that additional levels of autonomous capability will be required, in particular, shared autonomy between human operators and teams of heterogeneous unmanned aircraft systems. In this talk, I will present a delegation-based collaborative robotics framework that can be used with teams of robots and humans to leverage their distinct capabilities in solving complex mission goals. As a test case, the delegation system has been integrated with larger RMAX helicopter systems (100kg) and smaller LinkQuad quadrotor systems (2kg) developed in our research lab, in addition to solar powered fixed wing craft developed at ETH Zurich and used in a larger EU project targeted for alpine rescue. These unmanned aircraft systems are autonomous and can collaborate with both humans and other robotic systems through use of the delegation framework. A number of applications of these ideas will be demonstrated using 3D mapping missions and surveillance missions in the Italian alps with teams of unmanned aircraft and humans.

Patrick Doherty is a Professor of Computer Science at the Department of Computer and Information Sciences (IDA), Linköping University, Sweden. He heads the Artificial Intelligence and Integrated Computer Systems Division at IDA. He is an ECCAI/EurAI fellow and also Editor-in-Chief of the Artificial Intelligence Journal. He has over 25 years of experience in areas such as knowledge representation, automated planning, intelligent autonomous systems and multi-agent systems. A major area of application is with Unmanned Aircraft Systems. He has over 175 refereed scientific publications in his areas of expertise and has given many keynote and invited talks at leading international conferences. He is also CEO of a start-up company, UAS Technologies Sweden AB, which designs and markets Micro-Aerial Vehicles and unmanned aircraft functionalities. 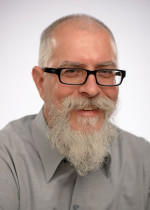 Unmanned aerial systems (UAS), autonomy and robotics technology have been fertile ground for developing a wide variety of interdisciplinary student learning opportunities. In this talk several projects will be described that leverage small fixed-wing UAS that have been modified to carry science payloads. These aircraft provide a unique hands-on experience for a wide range of students from college juniors to graduate students pursuing degrees in electrical engineering, aeronautical engineering, mechanical engineering, applied mathematics, physics, structural engineering and other majors. By combining rapid prototyping, design reuse and open-source philosophies, a sustainable educational program has been organized structured as full-time internships during the summer, part-time internships during the school year, short details for military cadets, and paid positions. As part of this program, every summer one or more UAS is developed from concept through design, build and test phases using the tools and facilities at the NASA Ames Research Center, ultimately obtaining statements of airworthiness and flight release from the Agency before test flights are performed. In 2016 and 2017 student projects focused on the theme of 3D printed modular airframes that may be optimized for a given mission and payload. Now in its fifth year this program has served over 35 students, and has provided a rich learning experience as they learn to rapidly develop new aircraft concepts in a highly regulated environment, on systems that will support principal investigators at university, NASA, and other US federal agencies.

Robert P. Dahlgren received the B.Sc. degree in electrical engineering from the University of Minnesota, Minneapolis, MN, USA, the M.Sc. degree in aeronautics and astronautics from MIT, Cambridge, MA, USA, a second M.Sc. degree in physics from San José State University, San José, CA, USA, and the Ph.D. degree in electrical engineering from the University of California, Santa Cruz, CA, USA. Robert has worked for a diverse range of companies including the SETI Institute, Sperry Aerospace, Fujikura Technology America, and the Charles Stark Draper Laboratory. He is currently employed as a Sr. Scientist at the California State University Monterey Bay (CSUMB) at the NASA Ames Research Center in Mountain View, CA in the Biospherics Science Branch, Earth Science Division. He is the author or co-author of over forty papers, presentations and patents.